Staff member
Administrator
Member
Whether or not one is on the right, left or centre of the political spectrum, I believe it is high time that we as a society put our differences aside on this one particular issue and worked together for both our own good and for the benefit of our society as a whole. While questions will naturally arise and conspiracy theories blossom during times such as these, we should nonetheless leave our individual grievances to one side and work together, if only to achieve the greatest desire known to mankind, aka. survival and the wish to do anything and everything within our own power to prevent the likelihood of our own deaths. This should include understanding the simple truth that disease and the natural world from where it arose are indifferent to the human invention of politics. Arguing about this and that or indulging in the fiction of conspiracy writers won't save anyone, or make the reality of the situation disappear into thin air.

With perhaps the greatest pandemic in over a century facing us, it being the greatest threat to human life on a scale unknown since the Second World War, we are all vulnerable here whether or not we wish to hear this simple truth. We can have all the enjoyment in the world debating the issue in the here and now, but political discussion we cannot take to our own graves. If indulging in rancor, partisan politics and conspiracy mongering helps you deal with the very real and grave threat to human life, including your own by taking your mind off of an understandable fear, then fair enough. What you certainly should never do is to mislead others into following your own set of political judgments that have absolutely no basis in medical fact or reality. Or for your own good, with over 4 million cases worldwide and a killer pandemic spreading throughout the world like wildlife, perhaps you would simply be better off by waking up and facing reality.
OP

Live statistics and coronavirus news tracking the number of confirmed cases, recovered patients, tests, and death toll due to the COVID-19 coronavirus from Wuhan, China. Coronavirus counter with new cases, deaths, and number of tests per 1 Million population. Historical data and info. Daily...

Member
The bars opened here in Helsinki on Monday; they're doing a roaring trade and all the terraces have been made even bigger to accommodate social distancing, so many cafes and bars now serve out into the public parks and green areas nearby using mobile apps for ordering and billing.

Schools have also reopened bu only for those who choose to put their kids back in, there's no obligation.

Many stores remain closed: larger department stores like Stockmann and H&M get to open for six hours per day.

All public transport continues as normal with trams, metros, buses, and commuters all running to the second.

Social distancing renmains the norm for everyone in Finland, as we always have acted in this manner: personal space is always respected.

Member
Helsinki now allowing gatherings of up to five hundred persons in public outdoor scenarios as the peak has been flattened.

Bars open since last Monday, all day trading on the terraces in particular with local singer/songwriters given stages to perform on.

No festivals announced as yet, which is as odd as Helsinki hosts around one hundred or more free public festivals with live music, cuisine, crafts, arts, etc all funded by the state. These are gifts from the state to the people so if they don't/can't deliver, the local and national production agencies are demanding that allocated funds be directed elsewhere into the arts in general rather than shelved altogether.

The result of this is that ordinary private people are trying to stage events on smaller scales and are looking for state aid - it's being debated right now.
D

You need only look at all the precautions being made in Ireland and abroad its clear to see a 2nd wave is inevitable.
D

Are people back at work yet?

I am still off until July 20th it seems.

Member
Everything went back to normal yesterday here in Helsinki.

Oddly though: several major department stores (beacons for tourists and high end locals) haven't opened at all yet.

Anyone think it was all a huge overreaction?

Horsebox said:
Anyone think it was all a huge overreaction?
Click to expand...

But it was also the last great holiday the planet enjoyed.
D

But it was also the last great holiday the planet enjoyed.
Click to expand...

There is that, kind of not wanting it to finish.

Im quids in with the Covid Payments, me and the girlfriend being paid 700 week to stay at home!

Horsebox said:
There is that, kind of not wanting it to finish.

Im quids in with the Covid Payments, me and the girlfriend being paid 700 week to stay at home!
Click to expand...

Can't argue with that if you're genuinely getting it.

Take the fuckers for all you can while you: they'll soon be trying to rob it all back.

Fuck 'em hard and fuck them where it hurts most: the debts.
OP

Staff member
Administrator
Member
Yet another outbreak coming out of China. Numerous scientists are warning that it has the potential to be yet another pandemic. Combined with a second wave of Coronavirus, this is not looking too good. It will certainly be interesting to see what the CCP have to say on the matter. So much for the recent confidence that we were over the worst of it all. 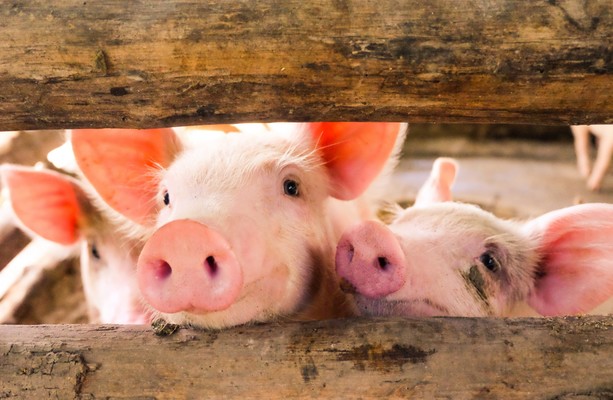 Named G4, it is genetically descended from the H1N1 strain that caused a pandemic in 2009.

Lalo salamanca said:
Another full year of virus play acting on the cards for sure
Click to expand...

I think we're already at the beginning of the 'second wave', aren't we

James Dawson said:
I think we're already at the beginning of the 'second wave', aren't we
Click to expand...

Lalo salamanca said:
Still I know of not one person who had covid never mind die of it
Click to expand...

Wave 1 has been quite impressive in terms of spreading fear and conformity but I get the feeling that they're not finished with us, yet

Member
Our little yellow friends from the east have no problems when it comes to killing baby girls - who are always considered a burden on the family due to the dowry system in place there. I have no problem leaping from that simple fact to the one which suggests these viral infections aren't accidental.

Member
Meanwhile social distancing continues just as it has since - well, forever.

Being summertime, the terraces are all laid out on the pavements as per - but it's the lucky business people nearby the parks and green areas that are leading the chase up here. They've devised a system (with council backing) to allocate tables in the green areas and operate a texting service for all interactions from food menu, drinks menu, and any other little treats you might need like an umbrella for the sun, or even a pre-heated woollen blanket in the evenings if you want to sit outside to dine.

It's quite ingenious - but that's the Finns though: always several steps ahead of the curve.

I'm considering taking on a project I conceived myself after considering what several friends running a variety of outlets are doing and helping to improve on them. I used to do calligraphy: shop-fronts in particular, many years back before Adobe introduced laser-cutting on adhesive plastics as a cheaper and faster solution. The philistine fucking savages. So anyway, I quit writing and designing calligraphics unless it was to order.

I was thinking recently that a nice touch for restaurants and bars round here would be a 'live menu' as in, your traditional 'Butcher-Boy' style lettering (which is very simple and applies quickly and easily) in acrylic or emulsion paints - to order. As in, I reserve a number of restaurants in a specific area, ie: Kallio, the bohemian quarters, and move from place to place and painting on live and up to minute specials and additional treats hour by hour on the glass windows for not just the customers to see, but also passing footfall. And traffic. Also on the chalk-boards inside and the A-boards that stand in the street. The exterior is the crux here: so painting would have to be done on the inside of the glass, meaning for me - backward writing.

See, when you paint say a Guinness logo on the inside of a pane of glass for the people outside to read - you have to write/paint it backwards, get it?

Elegantly crafted lettering on a large scale painted as you watch or as you pass by. So that it can be seen from a distance.

Two local joints are already interested so I might try them first and see how much effort's actually involved and how to cost and price the project.

It'd be a nice way to move from joint to joint, hanging out with my brushes just people-watching and meeting friends, and generally having a nice time and then building a reputation and getting paid for it. Could be a fun summer weekender thing.
Last edited by a moderator: 6 Jul 2020

Member
I don't have internet access on my phone unless I turn the service on. If I do that and use my phone to access internet via wifi, it costs a mint. But that's okay because the last thing I want is to be contactable 24hrs a day. I'll take calls if I'm in the mood to speak and I'll accept text messages where necessary but no more than that.

My phone is a Nokia, it has lots of apps inside but none except my number's location are accessible to anyone.

Even so, I rarely make calls unless it's official business - I dislike people calling me to 'chat' about shit.