Staff member
Administrator
Member
Reminds me of this.

Captain Con said:
So on comes Peter O'Toole to read A Modest Proposal. Our leading intellectuals in the audience didn't realise it was a satirical piece and started boo-ing and slow clapping when Swifts idea to eat the poor urchins of Dublin and solve a few social problems was elucidated via O'Toole and himself getting wicked notions to read as far and as long as he could be before being hauled physically off the stage.

O'Toole knew you know. He realised the audience, the beau monde, were shouting that they had no trousers so he kept going and going and going until RTE had to press the Bishop Button and go to the ads while stout fellows hired in from St James' Gate wrestled Lawrence of Arabia offstage.

Hah hah! That IS gorgeous!


Captain Con said:
It was the tiny details that tipped me off something unexpectedly fantastic was happening.

The first punk performance on stage at the Gaiety I still reckon.
Click to expand...

I can assure you 100%: every time I had an RTE experience with one artist/group or another, the production staff were collectively the most bumbling, useless, finicky, uptight, safari waistcoat with a million pockets wearing half wits and idiots. The kind of people you have to kick information into. Even with some of the world's best technology to work with, they still come across like some community television channel for Ballyfermot.

Everything that can or might go wrong - is guaranteed to go completely wrong, so after a couple of experiences in Montrose I learned the hard way: ignore every thing the floor crew have to say: just nod and appear otherwise distracted. Take your cues from the booth upstairs and the live screens at the back of the audience. Then guess your way through the rest of it.

It's STILL a better solution than simply throwing your hands in the air and saying 'fuck this for a game of indians...'


Captain Con said:
Another favourite moment on RTE was the early attempt in the 1980s to have a sort of joined code match between an All-Ireland invitation team of top GAA players and an Aussie Rules invitation team.
Click to expand...

I was at the first match, in my little uniform on the Hogan Stand serving with Saint John's Ambulance Brigade. The SJAB did loads of N.ational events like that, it's also how I got to stick cotton wool up Maradona's nose when he took a belt in the face during the Ireland/Argentina friendly in Lansdowne Road. But with the Irl/Aus game I was livid at being positioned on the stand, I was used to being on the sidelines behind the goal we were attacking. There's a little piece of film of me sitting behind the net down the Hill 16 end at the first of the Dublin/Kerry three All Ireland's, it was on Reeling In The Years, as I recall.

The Ire/Aus first game was an hilarious event, just as depicted it: in fact, if you take the actual ball out of the game then the result would still have been the same.
OP
T

Member
Another one from Vinny Brown, this time his takes on Jerry Beades of the briefly reformed Land League.

The whole clip is hilarious, but if you want to skip to 2.28 to when Vinny finally loses the plot.

Member
That gaff looks like the homestead of the Orpen-Lynch family on Dalkey, yes? No?

I was there many years back, playing the baby grand piano in the breakfast room with Adam, one of the youngest of the Orpen-Lynch family.
OP
T

Mowl said:
That gaff looks like the homestead of the Orpen-Lynch family on Dalkey, yes? No?

I was there many years back, playing the baby grand piano in the breakfast room with Adam, one of the youngest of the Orpen-Lynch family.
Click to expand...

No at the time of that clip, it was the O'Donnell family that lived there. 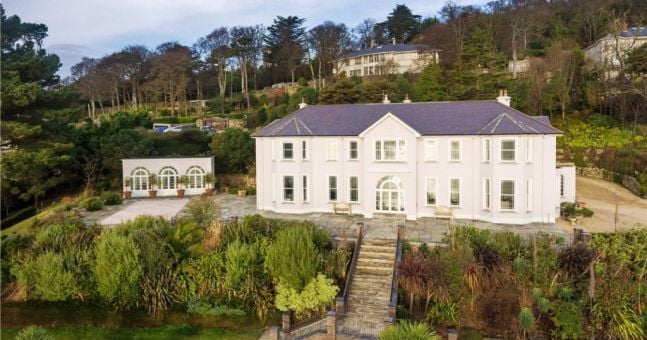 Gorse Hill, the famous Killiney mansion, is on the market for €8.5 million | HouseAndHome.ie

The controversial Gorse Hill mansion, the lavish former home of solicitor Brian O'Donnell, has had a €70,000 facelift and is now on the market for €8.5m 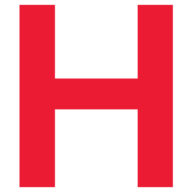 Looks like some pad, imagine waking up to that view every morning.

Member
The minstrels were classic

Member
I remember cadet well in the small bottles ...big competition that time with smack and Cavan cola on the go

Member
I found this today. A 16 yr old inner city boy that signed to the army and fought in World war 1. Talking about his experiences, apparently he was 93 when he did this interview, but remains very sharp and concise when recalling the various stories. Great use of language, very articulate man also looks very genuine and humorous. However, at the last bit when asked about Germans he may have killed, the hardness of his inner city upbringing come to the fore.

Member
Not TV but a radio broadcast from RTE's 'Drivetime' featuring Rachel Fehily, a wonderful young lady I dated back when I was a teen.

We met through a mutual friend and it was a goofy kind of love at first sight. These days she's a barrister and accomplished writer, but her specialty is in 'conflict resolution' and here she takes a look at the lock-down and how it affects relationships between long term partners. Some interesting ideas here, and well worth ten minutes of your day.

Your relationship in a pandemic​


Rachel Fehily on the impact of a pandemic on relationships and resolving potential conflicts: