The price of Brexit: shoppers face immediate rise in prices as food, furniture and electrical goods on import hit list

The price of a no-deal Brexit for Irish shoppers will be spelled out today with a warning that they face an immediate rise in the cost of many staples.

Hopefully not the case

“The normal consumer doesn’t get it at the moment,” he said.

“ Everyone in the food chain is going to be affected .

Member
The UK drops all its 'law breaking' clauses - including plans for more in forthcoming taxation bill - after @michaelgove
and @MarosSefcovic agree deal on terms of implementing Northern Irish Protocol. 1/


EU-UK Joint Committee statement on implementation of the Withdrawal Agreement


This is obviously very good news - recalling that it relates to the implementation of last autumn's deal to allow #Brexit to happen without returning a trade border to island of Ireland...but leaving one in the Irish Sea. /2


The statement says that the two sides have determined "criteria for goods to be considered 'not at risk' of entering the EU" - though the extent to which goods pay tariffs UK-EU will depend on whether we get an FTA with the EU. (Even if we do, some still will) /3


This was because EU state aid law applied to UK in respect of NI Goods - so risk of 'catching' a UK decision to, say, give a bank a tax break if it had NI Clients...thereby blowing hole in 'sovereign' Brexit. An understanding has been reached here. /5
Image


Other bits also seem to have been sorted - for example the 'chilled meats' question (EU rules say all exports to third countries of prepared meats must be frozen)...we'll see if that can be applied GB-EU if/when we get FTA /6 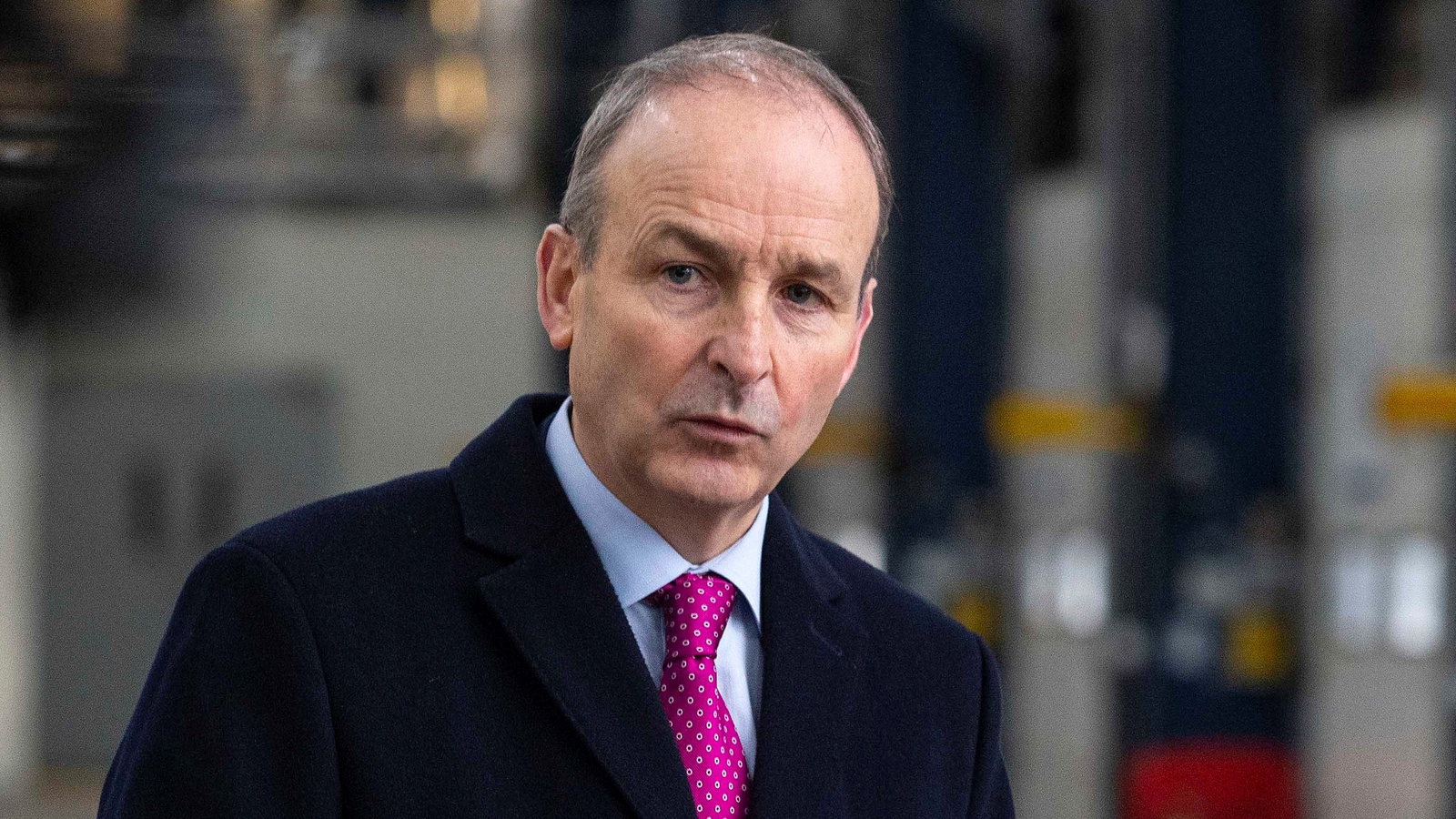 Taoiseach Micheál Martin has told a meeting of the Fianna Fáil parliamentary party that significant differences remain on the issue of the level playing field in the Brexit talks.

The EU and UK have reached agreement in principle on how to implement the most contentious issues around the Northern Ireland Protocol.
Click to expand...

As a result of the agreement the UK will withdraw the clauses in the Internal Market Bill which would have breached the Northern Ireland Protocol, and "will not introduce any similar provisions in the Taxation Bill," the statement said.
Click to expand...

He said: "We still need the conclusion of a free trade agreement to remove customs frictions and with three weeks left to go we still will need an implementation period to allow us to comply with the new requirements. While this is a positive step there is still much to do in little time," he added.
Click to expand... 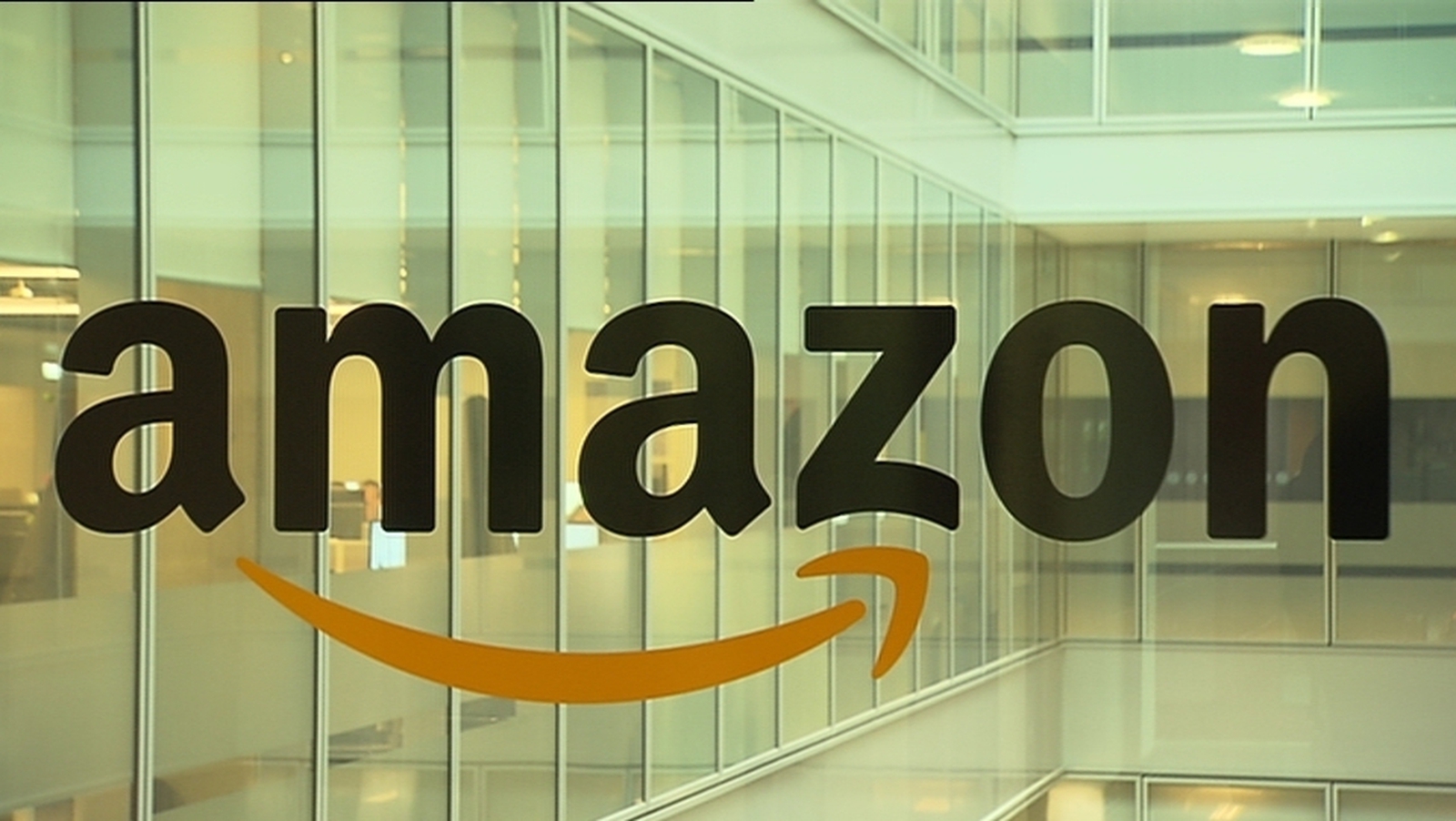 Irish Amazon buyers may be hit with post-Brexit charges

Amazon has written to Irish and EU customers of its "co.uk" website to inform them of changes in light of Brexit. They include possible extra charges from 1 January.

In an email to customers, the company said it will continue to accept eligible returns "if the reason for return is the result of an error (e.g. if the item is defective/damaged/incorrect), any costs incurred for the return will be paid by Amazon".

But, it said: "Otherwise, any costs incurred for the return including transport costs, as well as any associated import fees of customs, will be payable by the person returning the goods."

The changes will apply to all customers of Amazon.co.uk who have a delivery address in the EU.
Click to expand...

Amazon U.K. getting prepared in the event it happens on January 1st

So Import fees must be non refundable or Amazon are just not going to get involved with the hassle of it.

The Competition and Consumer Protection Commission has advised people to be aware of the changes and to shop with EU-based retailers in order to avail of better consumer rights.

In the absence of a free trade agreement on 1 January, EU consumers will not avail of a range of existing EU protections when shopping from UK websites.
Click to expand...

I never thought of that aspect of it.
Amazon germany may get a bigger increase in customers if this goes ahead so.
OP

Taoiseach Micheál Martin has told a meeting of the Fianna Fáil parliamentary party that significant differences remain on the issue of the level playing field in the Brexit talks.

Some of the more jingoistic Brexiteers will be spitting dummies! The British plan to have your cake and eat it was always a non runner and rightly so.
I'm glad wiser counsel has seemingly prevailed.
OP 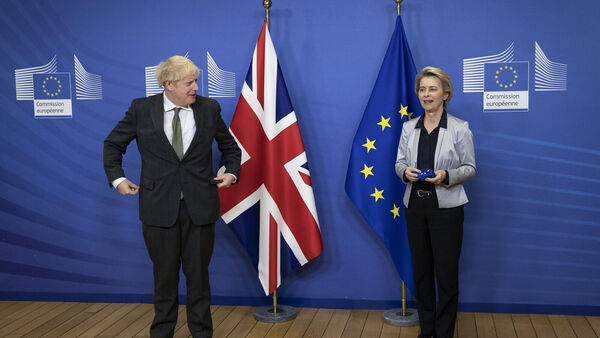 After British Prime Minister Boris Johnson said on Thursday there was “a strong possibility” a deal would not be clinched, von der Leyen said the ...

72 hours to go before we know either way now anyway.

Staff member
Administrator
Member
The English seem to be expecting some anti-Brexit to arrive on their shores? 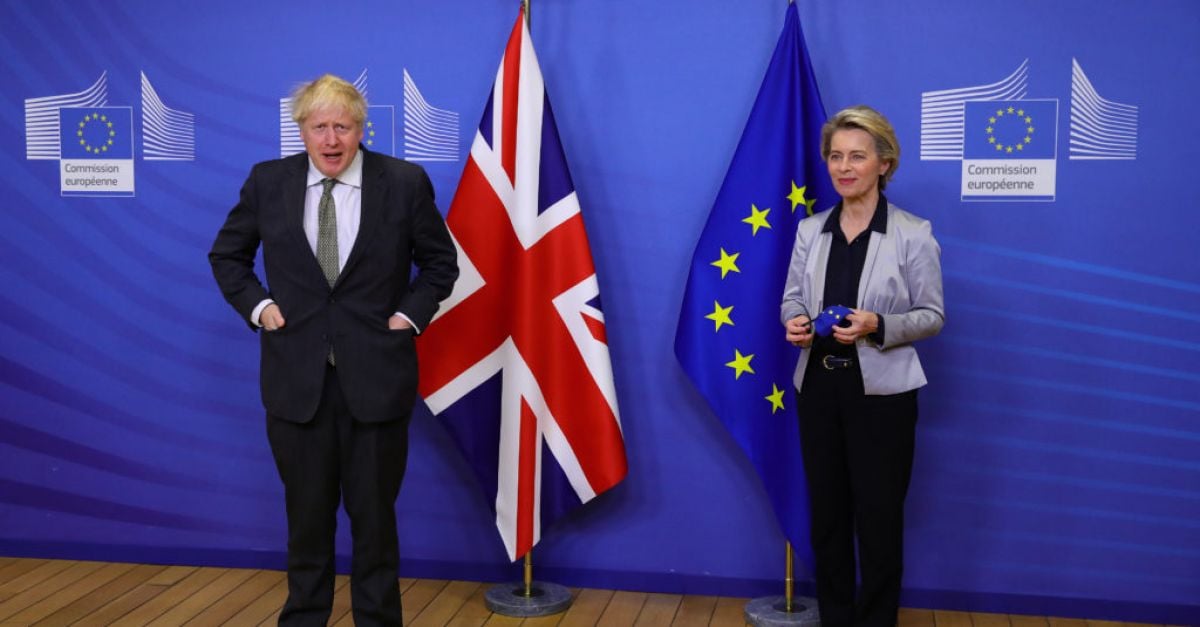 The British government has prepared four 80-metre Royal Navy vessels to guard its waters if negotiators cannot agree on a post-Brexit trade deal.Both sides say they have not yet resolved their differences on a number of issues including fishing with a decision about the future of

Unusual to say the least. 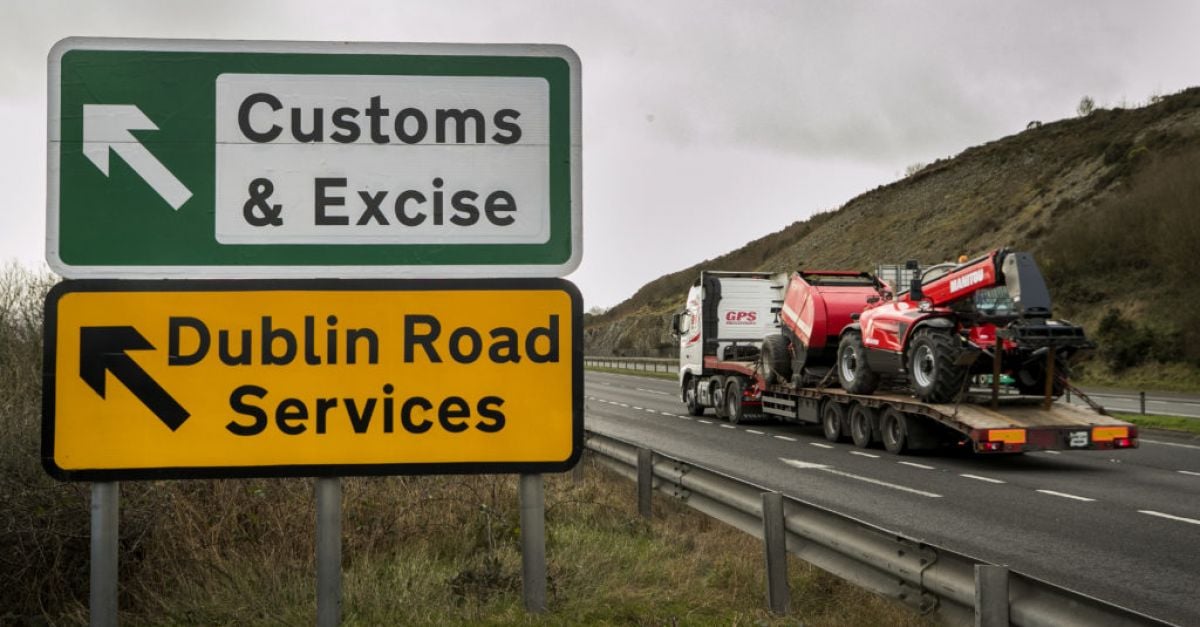 I think they may do a deal yet.

Staff member
Administrator
Member
The North could do with an economic advantage or two over the rest of the UK. For the longest time now, they've been a backwater dependent on public sector employment. Gone are the days, when Belfast rivaled the great industrial centres of Glasgow and the North of England.

Perhaps Brexit will be what lifts their boats.
OP

Member
Parcel Motel cancelling virtual uk addresses,I am not going to order any more stuff now online until we see how it all pans out from U.K.
Paddy Power I just checked if you put 100 on a yes you get 140 , if you put 100 on no you get 275 so the bookies think a deal will happen
Sure they probably no more than the alleged experts ? 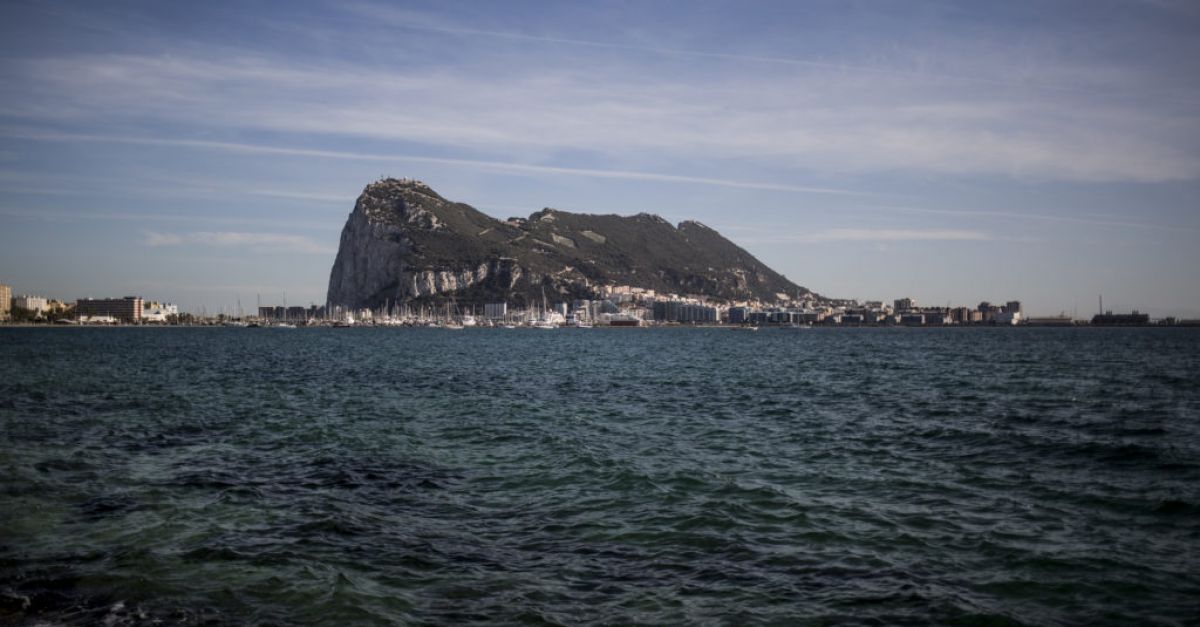 Gibraltar’s border with Spain still in doubt after Brexit | BreakingNews.ie

Throughout the Brexit talks, Spain has insisted it wants a say on the future of Gibraltar.

Staff member
Moderator
Member
It's time to give Gib back
T 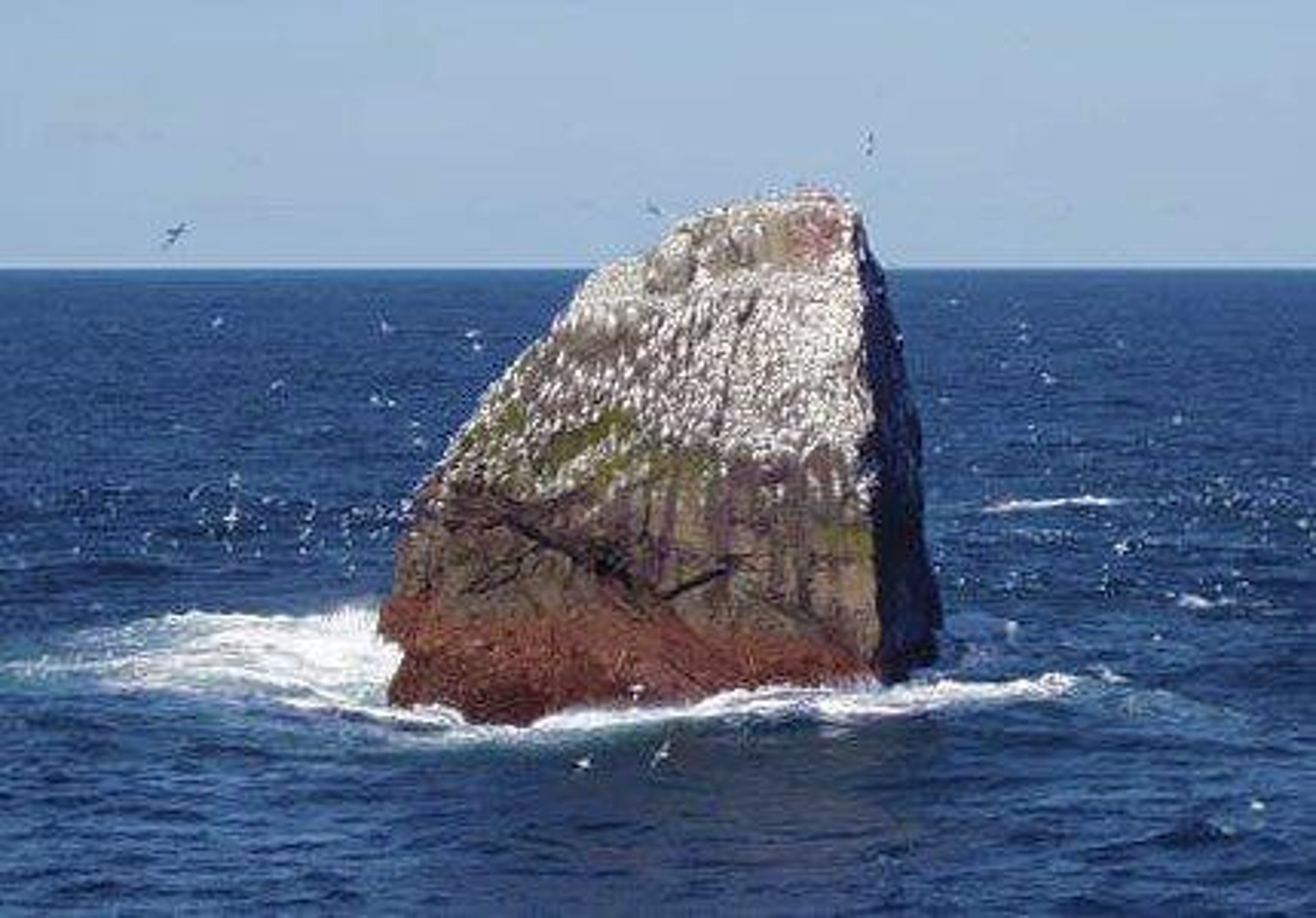 A Scottish patrol boat has turned an Irish fishing vessel away from a disputed island in the Atlantic ocean in a row over post-Brexit fishing rights, according to reports.