Staff member
Administrator
Member
Thread for all and any discussion and media relating to Horse Racing. 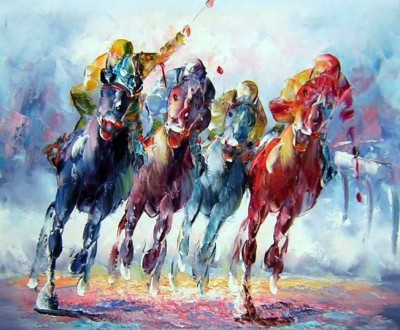 Member
The on course bookmakers are probably a thing of the past now with no customers since march......my selection in the 13:40 was second ....I am not sure if betting shops are open today (I think they might be) this is the biggest betting day of the year with about 12 race meetings on.......the other big day is Easter Monday
OP

Staff member
Administrator
Member
Would companies such as Paddy Power go down I wonder? Would have thought they were in the too big to fail category.

DS86DS said:
Would companies such as Paddy Power go down I wonder? Would have thought they were in the too big to fail category.
Click to expand...

They have their websites which would be pumping today ....very few of the rails bookmakers would have a shop ,all independent bookmakers were bought out by the big companies long ago

Member
Each time I've been home to visit or work (last time was in late 2017 for our kid's three day wedding bash in Maynooth) I've been amazed at the sheer number of betting shops all over the city. When did they suddenly become so prominent? I remember as a kid putting a bet on tips my Dad had for us on The Grand N.ational and I'd put my pocket money and newspaper round wages on his selection.

What I also remember is that the bookies were very shady places, full of sawdust on the floors, smoke in the air, drunk and sleazy fuckers leaning on the tables and one television on the corner of the ceiling - to which they were all glued.

Nowadays they're like hairdresser's shops: clean, bright, digital, but still have their windows blocked in plastic sheeting with logos on.

As a kid, taking a punt once a year was great fun - that way, we had skin in the game when the race started off - we'd all be screaming and cheering for our horse even though they were hundreds of miles away across the Irish Channel. These days, they look like McDonald's type affairs - but even with the facade, they're still sleazy joints to my eyes.
OP

Staff member
Administrator
Member
Lots of embittered blokes too I'd imagine. Many a man has lost big time on the horses, with some putting up the very roofs above their heads as collateral.

It's great craic in small doses, but some folks just don't seem to know when to call it a day and accept their loses - and often major losses at that.

Member
One of my closest buds is a professional gambler. He inherited a fortune from his Dad and plays poker in the member's clubs around Dublin. While he's pretty good at poker, that's not his addiction: it's the booze he consumes to stay at it all night until his luck turns.

He's made his money, yes - but at a cost: he looks three times his years.

He was/is an amazing poet and writer too, so I can always tell by his writing whether he's won or lost.

Member
I have not been in a bookmakers in over 3 years.....I have an online account if I fancy a horse these days.......Romanians Chinese and blacks were all over betting shops when I was last in one ......the Chinese love dog racing but I have never seen them collect on a bet ......the Romanians are all over those bastard machines

Member
Last night was a lot of fun here at Chez Mowl: we had a gang over, a full menu of starters, mains, and desserts. Then a live show (at one point one neighbour knocked in and I thought she was going to ask me to keep it down. She didn't though: asked could she join us for a song and dance!) until the watershed at 2200, then we settled back to listen to Riikka sing the theme from Titanic backwards - note perfect. Harri, the bassist, had his laptop with him and we recorded Riikka singing and then asked could we play it back through the speakers to hear it in reverse/reverse: she N.ailed it. Absolutely amazing, wonderful, a once in a lifetime moment. I then walked her back to her front door and she hugged me goodnight.

Lovely - that was all I wanted for her: a chance to smile and laugh out loud, to sing and to dance.

When I went to bed at all hours this morning, I drifted off into a light sleep while reading. I awoke feeling stiff in my neck and wanted to lay down. I remembered a dream I had had: I was sitting in Christopher's kitchen on Pembroke road. Chris was born in South Africa to Irish parents but he was ran out of SA as a journalist working for Human Rights issues during Mandela's early days. He moved to Sweden and married a lovely Swedish lady who gave him three kids, one was the daughter: we were lovers.

Anyway, it was after Christmas dinner and an American writer and psychologist guest of Chris's called Sheldon Litt (who studied in Stockholm) was about to start his party piece. We all had to do something to earn our meal and I earned mine by grabbing and playing the bodhran off the kitchen wall and singing/speaking 'I Am Stretched On Your Grave' to my then lady friend, Christopher's daughter. The baton was missing so I used a wooden spoon instead.

Sheldon's turn came up and he asked for quiet: we all wondered what this strange man was about to perform - he licked his lips let the moment linger, and started.

It was the entire 1975 Grand N.ational Championship race from start to finish and all by rote: he memorized the British commentator's narration exactly as broadcast on the BBC and he did it in the style of casual and observant at first, then growing more intense, N.ames being dropped all over the gaff, and upped the pitch, higher and faster, until he was tearing along with his eyes closed and leading L’Escargot to the final jump and on to a massive victory. By the time we were on the final lap, the gang of us were cheering and our hands gripped the table's edge as the tension built. When L’Escargot finally crossed the line he was near the coronary stages - as were we. Cheers and whoops and yells! Absolutely amazing party piece, one of the rarest and most unusual performances I ever witnessed.

Had to share it before it drifts from my memory again. 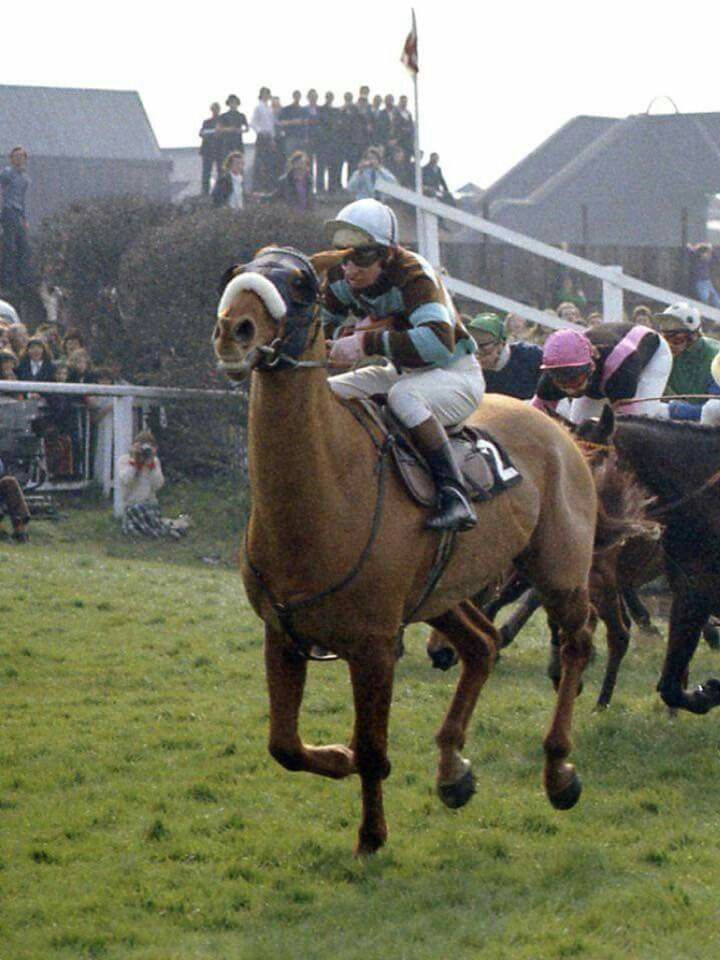 L'escargo on his way to winning that N.ational with Tommy Carberry on his back

Wearing number two here means only one other horse was carrying more weight than L'escargo.........and that horse was red rum

Member
Day 3 of leopardstown ....I could not give any positive to any runner , not one 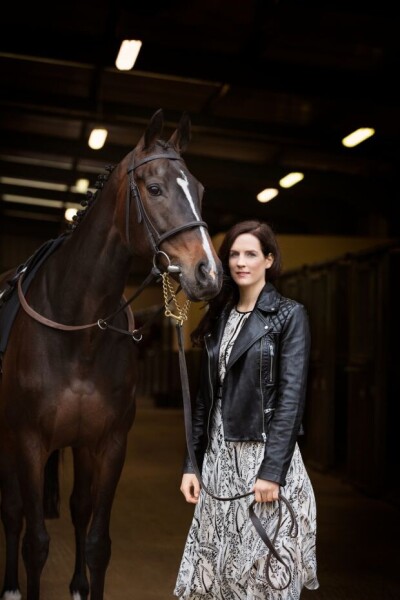 Just had a thought there, as nice as that horse is to look at, imagine getting a kick off of it.

Member
The paddy power gold cup is just off at leopardstown......only 5 runners in the grade one chase

Member
Tiger roll is currently running in the boyne hurdle at navan......he needs to run decent here to encourage connections to have another tilt at the grand N.ational

Member
Tiger roll trailed in last there beaten a distance ......id say they will be very disappointed.....this was only a prep race 2miles 7 furlongs over hurdles but tiger roll travelled ok to the 3rd last and pretty much stopped

I'm saying connections will not run the tiger at Aintree now and may well retire the horse.

Davey Russell was not riding tiger roll today ( Davey still injured...missing Cheltenham). But to be honest I did not matter who was riding him
OP