Coal Gas and peat said:
Was he recently vaccinated
Click to expand...

Member
Monstery piece of music this ... this will be playing when you cross the bridge to Valhalla...

The alien backpacker. The lover. The cigarette end.
C

Member
Love proper rhythm and blues that has ambition to be jazz when it grows up. It is a category. I swear.
The alien backpacker. The lover. The cigarette end.
C

Member
This is where I heard it before ... Coffee Cold, Steve McQueen ... smoother than a martini mixed by Des Lynam.

The alien backpacker. The lover. The cigarette end.

Member
It's a German-based art/music movement which began in Berlin before the wall came down. They were heavily influenced by the Dada movement which began in the French, Swiss, and Spanish art communities in cities like Barcelona, Zurich, and Paris where rebelious and independent artists and intellectuals came to have debates about art as they knew it, new art they were shocked by, and new movemants within the younger generations too.

This new basis of the new Dadaism style was rather avante garde at the time but it leveled itself against modern art movements also of the time by making pastiche versions of classic art and giving it a humouristic or sarcastic or even offensive 'answer' of their own. In time it would lead to pop art by other avante garde types like Andy Warhol, and - arguably, Bob Dylan. Warhol made fun of art: his collections of soup tins carried a rather sardonic view of modern life - they made you think about what art is and what art is to YOU.

Bands like the above use similar references to the movement by directly referencing it - hence the title: 'Dadada'.

There are many other groups and bands working in similar areas. One here in Helsinki called 20,000Hz were totally Dada. They/we did what was basically a Ramones type approach to punk music by taking elements of classic punk/arthouse/dada type bands and instead of using guitars and drums, everything onstage was digital - but not new, rather very old.

Kalle fronted the band, usually in tight silver top and black mini skirt, he looked bizarre. Jenni, his wife, played a Wurlitzer electric piano which was MIDI connected to a classic Roland 808 Drum Machine along with a mini Hofner analogue synth. I did digital drums. Henna sang and did dance 'interpretations' of the lyrics. And Lasse did desktop, effects loops, our front of house mix from onstage, and several other hand-held devices that ran through multiple effect boxes. It was great fun, I only played a handful of shows with them but it was always a challenge.

Minimalism was also an important feature in Dadaist creations. Overdoing things was precisely what it's NOT supposed to be. And even if the only way you can express it through your own creative approach, the bottom line rule is 'less is always more'. That's why we dropped the idea of a lighting engineer and wore the lights ourselves, from head to toe.

Here's a few shots of 20,000Hz live at the Faces Ethno Festival in Turku several years back. As you can see, we didn't need a light engineer. We were the light-show. We covered ourselves in strings of white and blue and red lights and allowed our bodily movements create the lighting. Kind of like punk (three chords and the truth) but also kind of out there in a Miles Davis kind of way. The whole point is that the end result shouldn't 'be' anything or require an explanation. It is because it is, type of thing.

A shot from sidestage: 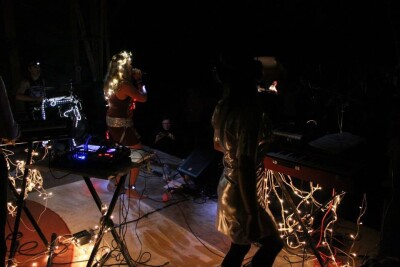 A shot from out front: 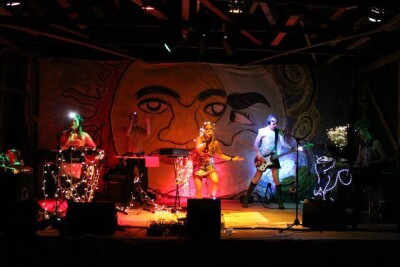 A shot from stage, Kalle lying down to play: 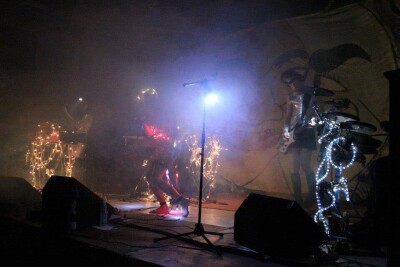 And here's a minute or two of us playing live from out in the audience. Faces is an open air festival, we took the midnight slot on the Friday and the closing slot on Sunday evening. They're still going but none of the people in this line-up are still in it. Only Kalle, the guy in the mini skirt.

Say that to yourself out loud: 'the guy in the mini-skirt' and try not to laugh. That's Dadaism.

This is the only bit of video from faces I'm aware of, and it's time-stamped for your convenience.

Staff member
Administrator
Member
What's with the Garth Brooks love in this country? 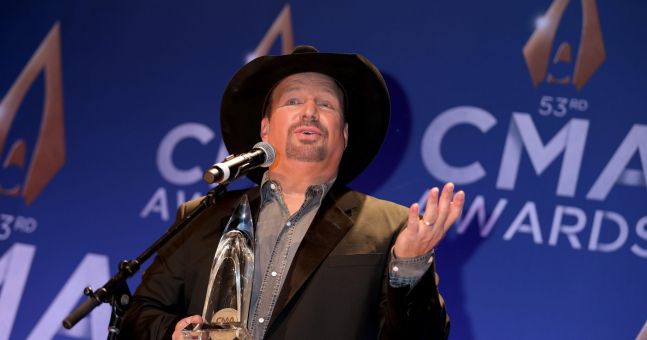 
Seems like a large number of people in Ireland have a shit taste in music with their Garth Brooks' and Nathan Carter's - the latter from Liverpool laughably enough. Then again, Daniel O'Donnell does have a large following, so perhaps it shouldn't be seen as that strange or out of the ordinary.
You must log in or register to reply here.
Share:
Facebook Twitter Reddit Pinterest Tumblr WhatsApp Email Share Link
Menu
Log in
Register
Install the app
Top Bottom