Staff member
Administrator
Member
She has the most wonderful smile too. 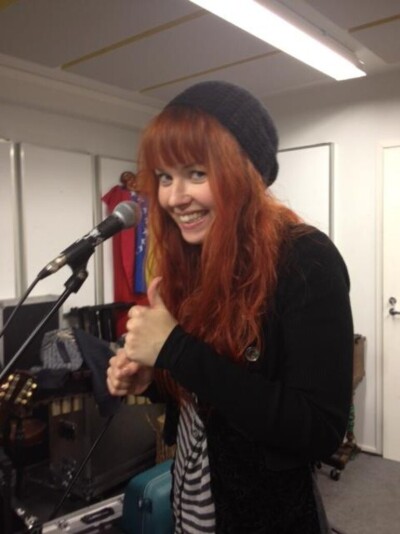 There's plenty of them to go around.


DS86DS said:
She has the most wonderful smile too.

Classic shot - she's up to something alright!

DS86DS said:
She has the most wonderful smile too.

This is definitely one of my favourite photos of her.
OP

Member
Has the look of recording studio - and she has the look of a musician/singer who just N.ailed a take and is waiting to be asked in from the booth to listen to it.

Staff member
Administrator
Member
Is she a N.atural redhead? It really suits her.

Overall she is a very beautiful lady. I'd trade a million of these forums just to have dinner with Johanna.

Her shade of red isn't N.atural, I'd say she gets hers professionally done too.

Winter time seems to make the ladies make rash decisions regarding hair colour - so they choose crazy and unnatural colours to brighten themselves up a little.

Staff member
Administrator
Member
Johanna seems really friendly and laid back as well. An Irish woman that attractive would usually be stuck up her own hole.

Staff member
Administrator
Member
...Come to think of it, I've come across countless Russian and Eastern European women as well who could pass for models around Ireland - yet have wonderful personalities.

On the other hand, you have Irish women who are twice their recommended weight, have no sense of style etc. and are arrogant as feck because they think they are God's gift to men.

Coal Gas and peat said:
Is damn cold out there now set for very low temperature tonight
Click to expand...

Yesterday evening, en route home from shopping, waiting at the tram stop and watching the sun go down in the bitter and freezing cold. As you can see, Mister Plough has gone beyond his remit and has scraped the tram tracks clean of ice and snow. May be later today I can get a shot of the snow mountains on the street corners and the cars beneath the snow that looks like small mountain ranges.

The kiddo with the racing toboggan and his Mom were very sweet: the kid was checking my beard out and wanted to pull it to check that it was real.

I told him I only work for Santa - I'm not related to him. Seemed to settle his curiosity well enough. 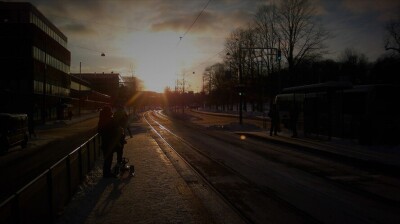 Member
Just noticed that the lad I was coaching over on PIsh (Shur It'll Be Grand) walked out of his new job in Tampere, middle Finland due to a bad atmosphere. I tried to warn that lad about all the pitfalls of dealing with Finnish people in business circles but he clearly didn't take it in. He said that the job had problems from the get-go, and that he was faced with signing an apartment lease for whatever period (usually one year minimum) or else paying higher rates for Air B&B style living.

He decided not to keep the job and not to sign the lease either, so he's now leaving Finland after a couple of weeks.

What I'd say to him is that you can't expect to be able to decide on a new culture within a couple of weeks of landing and starting work. A couple of weeks is about how long it takes just to unpack and get somewhat settled, so I'm guessing that the weather freaked him out: it's minus twenty-odd here today, but Tampere is a few hundred miles up north of here and likely has it worse.

I went out this morning to run some errands I had to deal with before midday local time, and it's brass fucking monkeys out there: at one housing office, I had to queue outside for around twenty minutes to get some papers signed for the blind lady next door. Even with heavy gloves on my fingertips were numb and I couldn't write my own signature, had to soak them in hot water in the bathroom before I could get her stuff stamped and signed.

He's now running a thread about walking out of a job and asking if anyone else has done it too.

Expecting to have all the answers after only two weeks at any job in a new and foreign culture with their own language is ridiculous.

Well, I tried to help, but he had zero gratitude at the time - he probably thinks by now that I set him up to fail.

Anybody Irish arriving from a sunny country like Portugal into a dark and freezing middle Finland to start work immediately and deciding against it is clearly not thinking things through. But there you have it: you have to taste it to know if it's your thing at all. I did warn him about the elements and specifically told him to prepare for it. But again - flying in from a country with plus ten into another country with minus twenty-five means a thirty-five degree drop in what you're used to.

Not everyone can handle Finnish life, not even the toughest Irish blokes.

I've seen many try and fail, they usually leave feeling angry and isolated: but this is how it is up here - you have to try first, then decide.

I hope he gets on with things and finds a place he can be happy.

Member
Everyone has walked out of a job.....I know I have
OP

Member
I only ever worked for a handful of people when I was younger: I left school on the Friday and started work on the Monday at the N.ational Maritime Museum in Dun Laoire. I stayed there for eighteen months and loved every minute of it. Then the contract was up so I grabbed my gear and took off to Greece to work the islands. When I came back I took a job slinging pizzas at a little place in Rathmines opposite the police station - the owner was a right cunt, always wound up and tight from the cocaine, a right miserable bastard when he had none and the day finally came when he arrived into the restaurant one Friday evening and I had all the tables full.

He started complaining about minor shit and I lost it with him when he told me to go out back and scrub the shelves in the prep area.

I turned off the music and removed all my CDs from the player, the folks were wondering what was up, then I grabbed my bag, took the tea towel in my back pocket and fucked it at him, followed by dumping all the sliced meats onto the floor and kicking them in his direction, screaming about how fucked off I was with him and his coke habit and I walked out the door.

Best decision I ever made.

After that, I've never worked for anybody but myself - and this stage, likely never will again.
T

Member
No, it was called Pizzaz - directly opposite the cop shop.

We had a hard line direct to the station should anyone try to hold us up. The coppers were cool and they knew we were serving wine after hours in teapots for customers down the back area. The coppers often came in for supper and a pot of red 'tea' on the side. They smoked their weed, drank their wine, and we gave them doggy-bags for the wives and kids.

The arse who owned it ran it into the ground with his coke habit, so I got out just in time.

He was/is a right sleazy fucker: he asked of he could rent our apartment for 'office work' when we took off to Greece together, I agreed and put all our stuff into the bedroom and bolted the door shut, leaving only a table and chairs and a desk lamp.

Fucker refused to cough up when we got back (he wanted it as a a place to fuck any women he might get) so I told him if he didn't pay me the agreed fee, that I'd blow the lid on the coppers and himself and have him put out of business as well as going to the newspapers with the story about the restaurant. 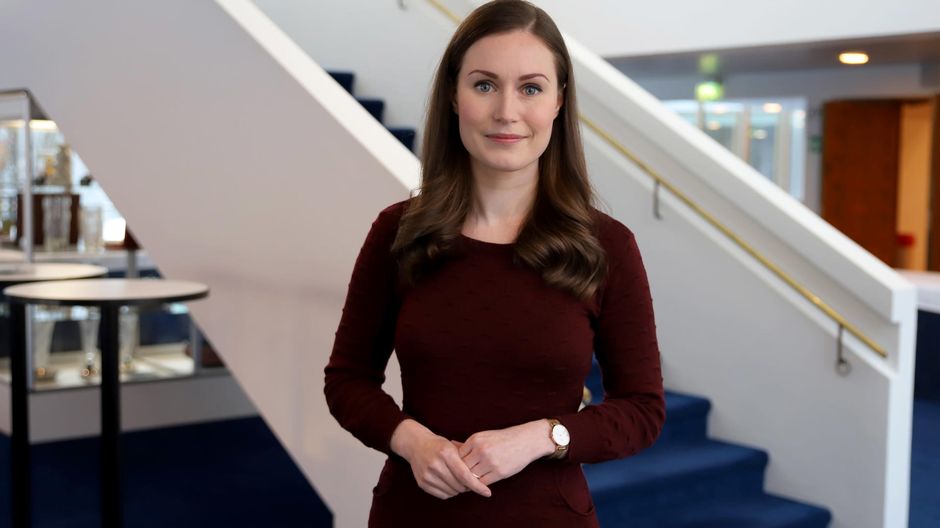 Finland has announced its bid for the next three-year term (2022–2024) of the UN Human Rights Council (HRC).

I have been always wanting to visit Finland, thankyou for this thread.

Could you do a top 10 of places to see/visit?
OP

Ozzie said:
I have been always wanting to visit Finland, thankyou for this thread.

Could you do a top 10 of places to see/visit?
Click to expand...

1: go see a ticketing agent.
2: book a flight and buy the ticket.
3: pack your bags and find your passport.
4: go to the airport and fly to Finland.
5: land and get off, collect your baggage and let customs check your hole for drugs.
6: take the 741 bus to central station.
7: take any tram outside by the main door.
8: arrive at your accommodation.
9: change into warm clothes.
10: build a snowman - now you're almost 100% Finnish.
OP

Member
Today it's minus fifteen and no breeze. The sun was blazing and I realised how much dust there was on my instruments so I have all my windows and doors open to let fresh cold air in and freshen the place up before the sun disappears in a short while, my two saxophones are now shining and happy, the mini-Mowl drum-set too, my guitars, fiddles, bodhran, the lot - all shining and happy.

Next step is myself: off to the sauna to sort my dreads out and try to at least contain them individually, it's no fun doing it yourself - you have your arms above your head for the entire time and they get really tired really fast. I asked at a few salons (including African shops) if they did dreads, but I can't get anyone to do them for me. This is where I need a girlfriend: must have a look through my little black book and see who to give a task to.

The roots need tightening in all of them.

If I do it myself I can usually sort maybe five or six in a few hours, then quit from the arm cramps.